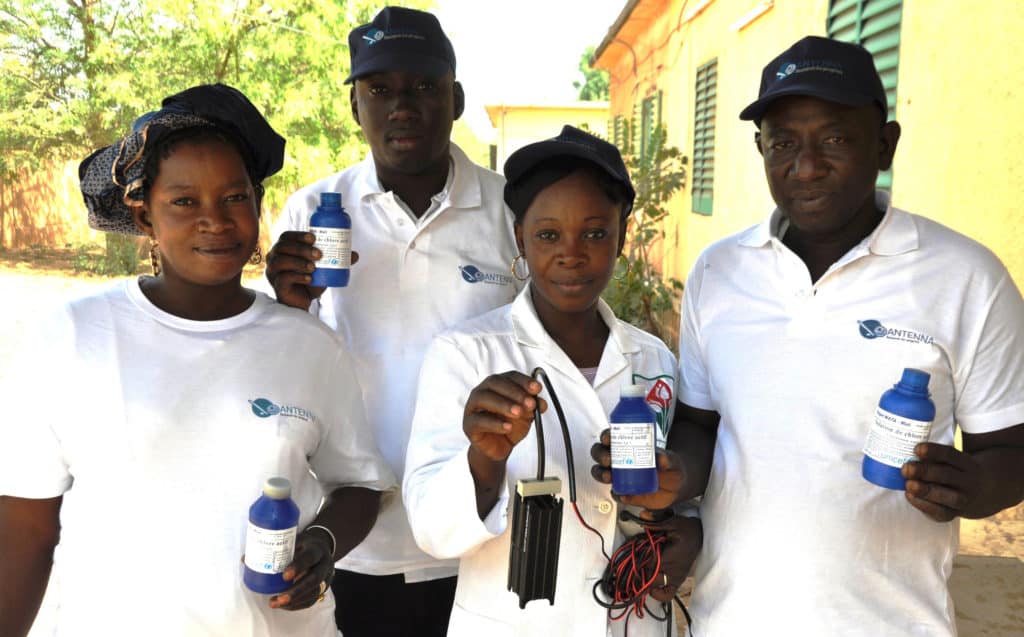 In 2006 and 2007, several cholera outbreaks struck Guinea Conakry. Around 9,000 cases were reported in late 2007 (WHO, 2009). The disease continued to spread rapidly in 2008, reaching up to 442 cases weekly (WHO, 2009). Because most of the chlorine needed to battle the disease was imported, the fight was protracted and inefficient.

Antenna decided to act and, by 2007, had established Tinkisso-Antenna in Conakry. Its main purpose was the sale of 250 ml bottles of active chlorine, called Chlore C’, for only GNF 5000 (CHF 0.54). One bottle allows a family to disinfect its drinking water for approximately one month. Tinkisso-Antenna produced the solution locally using WATA technology and sold it through social marketing campaigns in healthcare centres, hospitals, marketplaces, door-to-door, pharmacies, mosques and churches.

Diarrhoeal diseases were much less prevalent in the Dabola region, where Tinkisso-Antenna was active. A large majority (92.5%) of the local population stated that the introduction of Chlore C’ was the main contributor. As a result, UNICEF and other local NGOs have supported social marketing activities and distribution of chlorine solutions countrywide.

Tinkisso-Antenna has also contributed socially through the employment of 129 people, including 27 women, thereby promoting a local solution to the cholera epidemic.

See the Tinkisso website (in French only).
Read the article on Sustainable access to drinking water through the development of a social enterprise in Guinea
See the Safe Water Business Perspective