Burkina Faso is one of the poorest countries on the planet (176th country in the IMF list of the GDP per inhabitant with parity of purchasing power). The country possesses few natural resources and very limited industry. 80% of the population still lives on subsistence agriculture.

The population having doubled during these past 30 years, the Burkinabe agriculture is no longer able to satisfy the demands of the population. A depleted, infertile and stony soil, a hot and arid climate, as well as the lack of means to buy inputs and agricultural equipment, cause low and stagnant yields, far from the potential obtained in other regions in the tropics.

Finally, the Burkinabe producers, especially those in the province of Passoré (in the North region), suffer from the effects of climate change, which render the rains even more irregular and unpredictable (with recurrent pockets of drought), in a general context of feeble rainfall (500 to 600 mm per year, from June to September).

In the region of Yako (Province of Passoré), where the Antenna Foundation is present with an agroecological didactic farm, the populations displaced by the conflicts in the North of the country find themselves in a particularly vulnerable situation. They only dispose of extremely degraded lands (compacted rocky earth, devoid of organic matter and vegetation) to cultivate their subsistence food. 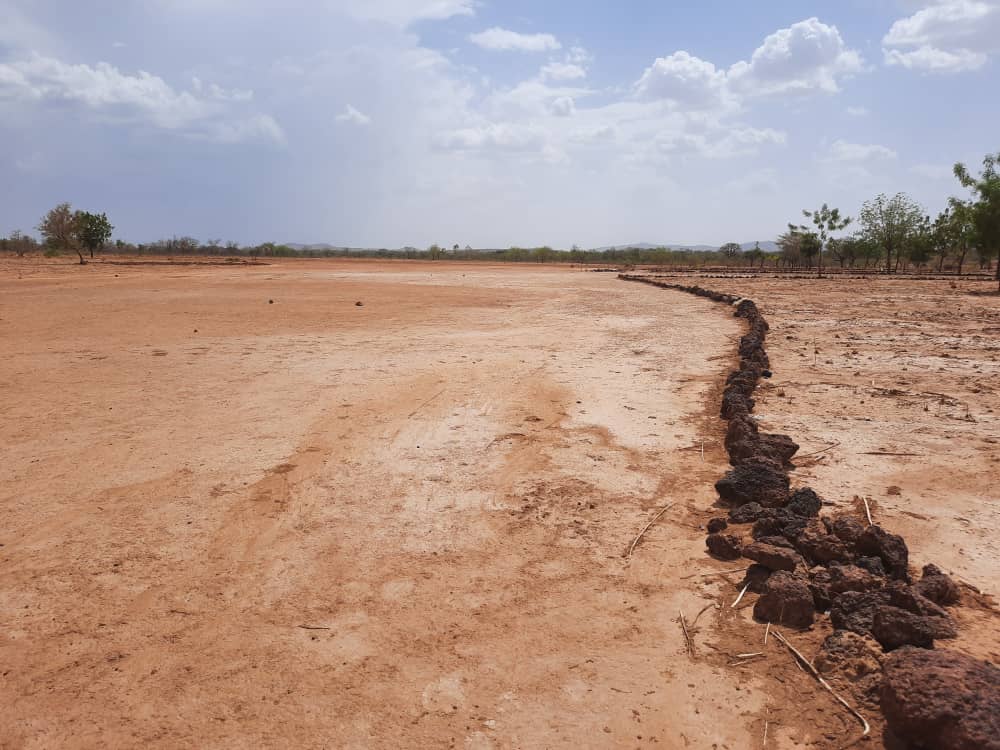 Following the request of certain producers for the formulation of a strategy for the management and regeneration of these soils, the AgroEcology Unit of the Antenna Foundation, in collaboration with its partner the agronomist and hydro-pedologist Kalifa Zida, has elaborated the project « Soil and water regeneration ».

This pilot project consists in testing a regeneration strategy and enhancement of these degraded lands with 20 producers. The aim is to permit in the medium and long term a pedological regeneration and improvement of the water retention, all in guaranteeing a stable agricultural production in the short term.

The basic strategy firstly relies on practices already exercised by the producers in the region :

Secondly, the strategy contains knew practices for the producers :

The Antenna Foundation provides, in addition to the technical support, a financial and logistical contribution to sustain the producers in the implementation of this strategy.

This contribution covers for each producer on a surface of 1 hectare :

The principal objective is to test a strategy of regeneration of the degraded soils and optimisation of the water retention in the agroecosystems of Burkina Faso and to estimate its cost.

In the event of success of this pilot strategy for 20 target producers, a project of large-scale dissemination will be put in place.

This project will also enable the training of these producers in adequate agroecological practices and contribute to their dissemination.

The strategy in detail

In the long term :

The combined different practices create a micro climate, increase the water retention in the managed ecosystem and limit erosion in protecting the earth.

The created well increases the availability of water and enables the survival of the hedge in the first years.

It can then permit a small irrigation in the case of need.